Anti-corruption: Why Australia is out of the top 10 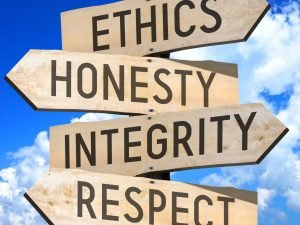 Anti-corruption, how knowing the basics can help every project manager avoid being challenged.

Since 1995, countries around the world have been assessed and surveyed on financial and judicial practices by Transparency International.  The *2020 Corruption Perceptions Index (CPI) was released recently with Australia sitting at #11, certainly behind our cousins across the ditch with New Zealand taking the #1 position.

Noting that corruption is defined as dishonest or fraudulent behaviour by someone in power, we spoke with Phil Sealy, FAIPM CPPD Director of Pro Leaders Academy an organisation that trains specifically in the areas of procurement and contracting within a government environment about some of the reasons this might be and how this might affect project managers and what we can actually do about it.

Phil, when talking about corruption in nations, we often think of countries such as Columbia or Somalia as being corrupt. Why do you think Australia isn’t in the top 10?”

Simply because many people making decisions on how to spend money or how to evaluate a contract aren’t fully aware of the legislation that they work under. We have seen this in Queensland where a number of local Councils have seen some of the leadership before the courts having to address their decisions. The majority of people do the right thing, however the systems and processes they work within can be the challenge.

Do you believe it is a case of not knowing, or is more about access to easily digestible information?

If you have ever tried to read some legislation you will understand how people can be overwhelmed. As a team this is part of our working day, understanding changes to legislation and how that impacts the real world, how project managers do what they do. It can be a challenge, however ignorance is not a defence in the eyes of the law and as such it is important people need to avail themselves with basic knowledge of the legislative requirements in how to spend public money according to each level of government noting that Federal Legislation trumps all others.

What does that mean for a person managing a project?

Project managers can often find themselves in a position of having to evaluate tenders and for many, there may be a bias of working with people they have worked with before. They are time poor and a decision needs to be made. This is the very moment that in essence they could do something that is perceived as corrupt. It’s a trigger point because perception is important.

Whilst we may look at other countries that corruption is simply the way things are done to get things done, we have mechanisms in place at the various government levels to reduce the risk of corruption.

For Project managers that work directly within and or contract to government organisations and agencies should be able to comfortably evaluate tender responses by understanding the Legislation that pertains to their area of business, be that Infrastructure, Defence or a state agency.

We talk about declaring Conflicts of Interest – the reason we do this is to provide transparency around decision making. This is important in any planning stage of a project.

Transparency – as project managers we are required to be transparent regardless of whether we are working in private industry or for a client directly we should be documenting discussions and decisions. To support Project Managers, there is legislation that pertains to this;  Public Governance Performance & Accountability ACT (PGPA Act 2015) at the Federal level and each state and territory has their own version of this legislation.

Ethics -The Public Service Act contains a Code of Ethics which relate to fair and equitable processes, non-discrimination, Improper use of Power, and Ethical Conduct. Contracts with government will in most cases contain clauses that stipulate that business is to be conducted in accordance with relevant codes. Its important that project managers whilst performing their roles, tasks, duties are aware of the parameters in which they are working.

Phil, how would you suggest project managers avoid corrupt practise, after all we are good people doing good things?

Project Managers know how to manage projects, the tasks, the processes and as the profession is evolving, becoming leaders of people with increasing influence in decision making. It is up to us as individuals and businesses to always be asking ourselves – is this the right way of doing things and using legislation as the guide, not how we have always done things as the fall-back position.

Phil, why do you believe this is an area that is perhaps overlooked?

As project management has evolved, there are areas of training that has developed faster than others. Leadership and people management has taken the lead which is great. Procurement & contracting are words you don’t hear so much about – in fact nationwide there are only eight deliverers of recognised qualifications in Procurement & Contracting PSP50616 across Australia – that is in comparison to **760 that deliver a Diploma in Leadership & Management BSB5118. If a leader isn’t aware of the legislation within an organisation who is?

Understanding the law and the parameter in which we can and should work is important in ensuring we are doing the right thing, fulfilling our contractual obligations and avoiding corruption. If the Kiwis can do it, so should we.

Sources: *The least corrupt countries in the world and **Training.gov.au