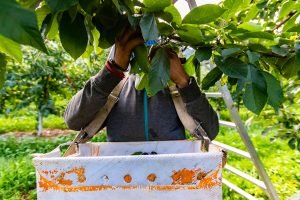 The Federal Government introduced a tough new regime designed to stamp out modern slavery late last year, which compelled corporations to do more to end the use of forced or child labour.  The new legislation require large businesses operating in Australia to regularly report on the risks of modern slavery in their supply chains, both domestically and internationally, and outline what they are doing to combat it.

The Commonwealth Modern Slavery Bill was passed through both houses of Parliament on 30 November 2018, to combat modern slavery practices that still exists in Australian that relates to human rights, including human trafficking, slavery, and slavery-like practices such as forced labour, child labour, child prostitution, and forced marriages. Currently, there are no formal mechanism in place to directly target modern slavery in business operations and supply chains, or supports the businesses to take actions to address modern slavery.

Simply put, the Commonwealth Modern Slavery Act 2018 is a piece of legislation to increase awareness of modern slavery risks and requires entities who are based, or operates, in Australia with an annual consolidated revenue of more than $100 Million, to report annually on the risks of modern slavery in their operations and supply chains and the actions they take to address those risks.  All other entities based, or operating, in Australia may report this voluntarily. This also applies for Non-Corporate and Corporate Commonwealth entities and companies with an annual consolidated revenue of more than $100 Million, however the Commonwealth is required to report on behalf of participating Non-Corporate Commonwealth entities.

These reports are maintained in a public repository known as the Modern Slavery Statements Register and may be accessible by the public, free of charge and on the internet.

As of 1 January 2019, NSW became the first Australian jurisdiction to enact a state-level legislation that is separate to the Commonwealth version of the Act.  The Act is yet to commence and upon commencement, it will mandate commercial organisations with employees in NSW and a turnover between $50 Million and $100 Million to report to the Anti-Slavery Commissioner and advise of steps to reduce the risk of modern slavery across their operations and supply chains.  Queensland is still reviewing the Commonwealth Act to determine if there is a requirement for a Queensland version.

In 2021, the legislation will be reviewed by the Minister being three (3) years from when it commenced.

How does this affect you and your procurement activities?

Entities may now be asked to enter into contracts which contain a warranty to the effect that their organisation, as well as their employees and agents, are not in breach of, and will continue to not breach, the Commonwealth Act and active State Acts that relates to modern slavery.

Things to consider or implement now:

Under the Commonwealth Act, entities with a minimum annual consolidated revenue of $100 Million are required to report to the Department of Treasury, whereas business conducted in NSW, when the NSW Act commences, will be obliged to report under the NSW Act for turnovers of $50 Million and $100 Million.

The first reporting year is for the period of 1 July 2019 – 30 June 2020 and with a submission deadline of 31 December 2020. Depending upon the timing of some entities’ end of financial year reporting, entities with an international financial year may have to report earlier.   The report forms the organisation’s Modern Slavery Statement, and consists of the following mandatory reporting criteria:

For example, Point 4 suggests that actions taken by an entity may include the development of policies and processes to address modern slavery risks and providing training for staff about modern slavery.

The full legislation can be found: